▼ Jump to Recipe Save 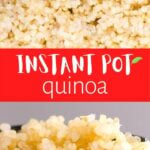 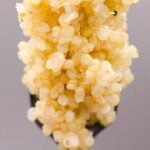 Learn how to cook Instant Pot Quinoa in minutes! This complete, easy-to-follow guide will show you the different ways to use cooked quinoa, why you should be eating more of it, and how to get it perfectly fluffy every single time!

This naturally gluten-free ingredient is crazy versatile! It may have been trendy at one point, but it’s definitely been a staple in the vegan/vegetarian community for a very long time and it’s here to stay! Quinoa breakfast bake, Mediterranean quinoa salad and broccoli quinoa salad are just a few of the ways to enjoy it.

Making Instant Pot quinoa is the easiest way to achieve perfectly fluffy quinoa that still has the right amount of texture to it. It cuts down the total time to just 13 minutes from start to finish and allows you to make a big batch all at once. Making quinoa pressure cooker takes so much of the guess work out of it because there is no need to adjust the cooking temperature, no worrying about boiling water, and no burning the bottom of any pots! It’s basically effortless and totally hands-off!

Once you have your quinoa all ready to go, you can use it for your quinoa granola or quinoa egg muffins in the morning, or for a kale and quinoa salad at lunch. Use it as a side dish like these quinoa falafels for dinner or separate it into smaller portions for meal prep for the week. Then, whatever you don’t use you can freeze for later.

Why This Recipe Works?

Quinoa, acts like a grain, but it is actually a seed. So, for the sake of argument, the majority of the population will refer to it as a grain…because if it walks like a duck…well, you get it!

It has many of the same nutritional components that grains do however, it is naturally gluten-free and also considered a whole protein. These little guys have a lot going on! It not only gets used as a low carb rice substitution, but also a replacement for cereal, oatmeal and really any other place you’d find grains.

Believe it or not, there are over 100 types of quinoa. I don’t know about you, but I don’t plan on trying all of them! There are two main types, white and red, that are readily found in grocery stores, bulk food stores, and health food stores. The third type (black) is harder to come across and is mostly amongst the tri-color quinoa.

How to Cook Quinoa in Instant Pot

If you are new to pressure cooking, check out my Instant Pot guide and keep these Instant Pot cleaning tips handy. If you don’t have an Instant Pot yet but are thinking about buying one, I explain which Instant Pot to buy and how it is very different than a slow cooker!

I can honestly say we love quinoa and not just because of its taste or texture. It’s because it is such an easy way to eat healthy on a budget! Quinoa is a seed but nutritionally it’s considered a whole grain. It is also one of the very few plant-based foods that are a source of complete protein that contains 9 essential amino acids.
Quinoa is also high in antioxidants, fiber, iron, manganese, and vitamins B. Source – Medical News Today.
So yes, quinoa is very healthy!

Should I soak my quinoa?

Sometimes people soak their grains for a period of time, especially if they have a difficult time digesting and absorbing certain foods. Soaking allows for maximum mineral withdrawal and breaking down of certain proteins. However, when there is no gluten involved (such as quinoa) and you typically don’t have a difficult time digesting your grains, there is no need to presoak your quinoa.

Does it really take just 1 minute?

Ok, so I guess by now you’ve figured out that 1 minute refers to the actual cook time of the white quinoa. So, the answer to that is yes! Of course, if you are considering the time it takes for the pressure to build up and the time it takes to naturally release, then the complete and total time is 13 minutes. This is still SO MUCH FASTER than any other method, even my quinoa stovetop method!

Ways to Use Cooked Quinoa

Need more inspiration? Check out 30 quinoa recipes because there is sure to be something for everyone!

Did you know we have entire Youtube channel dedicated to healthy Instant Pot recipes and tips? Make sure to subscribe and hit the Bell icon not to miss new videos.

Learn how to cook Instant Pot Quinoa in minutes! This complete, easy-to-follow guide will show you the different ways to use cooked quinoa, why you should be eating more of it, and how to get it perfectly fluffy every single time!
5 from 7 votes
Print Save Rate
Course: Side
Cuisine: North American
Prep Time: 1 minute
Cook Time: 12 minutes
Total Time: 13 minutes
Servings: 4 servings
Calories: 156kcal
Author: Olena Osipov
Prevent your screen from going dark

Store: Refrigerate in an airtight container for up to 5 days.

Freeze: Fully cook, cool completely and freeze in an airtight containers for up to 3 months. Thaw in a fridge or on a counter.

Tip: While I haven’t tried cooking tri-color quinoa in Instant Pot, judging by the looks of many brands it consists of 66% of red and black quinoa. Therefore, I recommend to cook it using red quinoa method.

END_OF_DOCUMENT_TOKEN_TO_BE_REPLACED 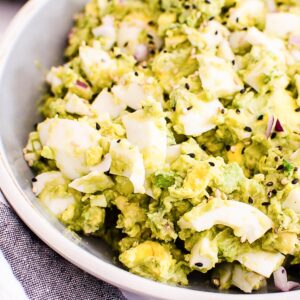 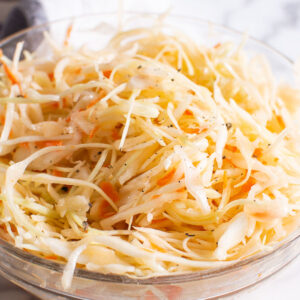 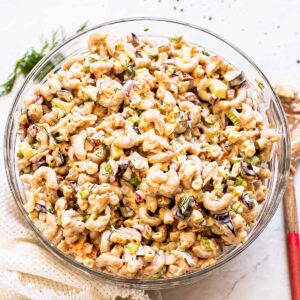 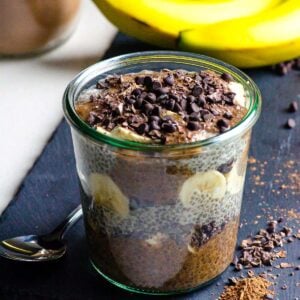 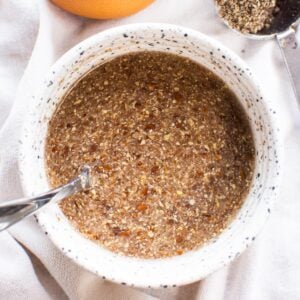 How to Make A Flax Egg 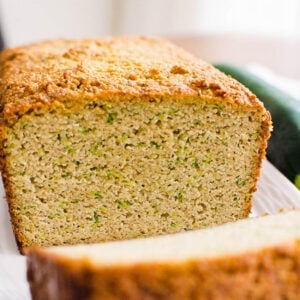 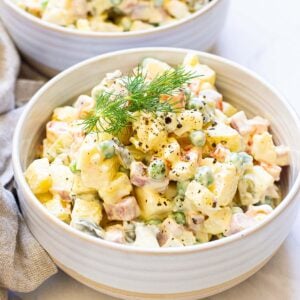 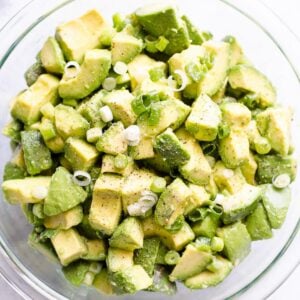